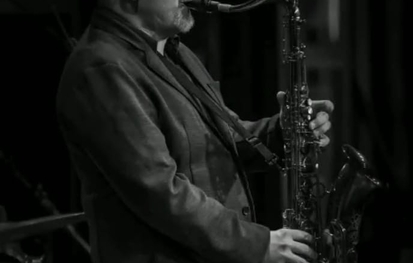 Tickets to attend the show in person are $15 each. The concert will also be livestreamed on BOP STOP's Facebook page at showtime. Accessing the stream is free but donations are encouraged and appreciated and can be made at www.givebutter.com/ChrisBurge

Christopher Burge began his musical career during his years at The Ohio State University, where he studied saxophone and music theory with Gene Walker and Hank Marr, graduating with a Bachelor of Music in Jazz Performance in 1997. During that time, Christopher performed with many musical groups, both on campus and off, toured Thailand with free-jazz group “Honk, Wail, and Moan”, toured Europe with the OSU Jazz Ensemble, played on a USO tour of maximum-security prisons, and performed with Barry White, Louie Bellson, Stanley Turrentine and The National Black Music Caucus Big Band, and the Lawrence Welk Orchestra.