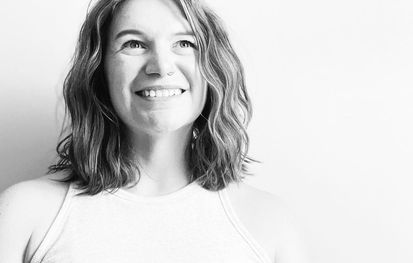 Lauren Lee returns to the BOP STOP with her quartet featuring:

Tickets to attend in person are $15 each. This concert will also be livestreamed on BOP STOP's Facebook page at showtime. Accessing the stream is free but donations are encouraged and can be made at www.givebutter.com/LaurenLee

Lauren Lee is an adventurous vocalist, pianist, and composer based in New York City. Her foray into creative music began as a teenager in the St. Louis Symphony Chorus, which lead her on a wild goose chase of sorts to find her own sound in the adventurous music scene as a young innovator. Likened to female jazz pioneers that came before her like Carla Bley and Jen Shyu as well as non-jazz visionaries like Bjork and Meredith Monk, Lee has been described as a whimsical storyteller with a voice that possesses an ethereal, playfully modern, instrumental quality. Her work is praised for her virtuosic improvisational abilities on (often doubled) piano and voice, as well as her emotional and harmonic prowess as a composer who does not shy away from finding and explicitly using inspiration from outside the jazz canon.

She has lead bands on several tours across Europe and North America: in 2016 and 2017 with her “Space Jazz” Trio in the northern United States, Canada, and in Europe, most notably at the Stockholm Jazz Festival, and also as a solo artist in Norway and Latvia. She has served as artist-in-residence as a composer/vocalist for the UNCOOL festival in Poschiavo, Switzerland (notably spearheaded by the Sun Ra Arkestra) and the subsequent works that came from that residency were premiered in Bormio and Milan (Italy) as well as in Berlin. Her current quartet with Brad Mulholland, Marcos Varela, and Andy O’Neill has previously toured the eastern United States in 2019, making stops in Raleigh, Washington DC, Boston, Burlington, Kingston, and Cleveland.

Her work has been reviewed and featured in major jazz publications such as Downbeat, Jazziz, and The New York City Jazz Record. Lee has released three albums as a leader: The Consciousness Test (self-released, 2016), Windowsill (ears&eyes, 2019), and The Queen of Cups (ears&eyes, 2021). In addition to being an active composer and working musician, Lee creates music education content (videos and downloadable PDFs) targeted toward jazz vocalists called Sing Like a Horn, a comprehensive approach to playing your voice like an instrument, and also maintains a private teaching studio.