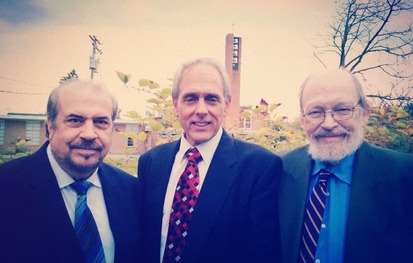 Northeast Ohio native drummer, bandleader and composer, Nick Puin, brings his fabulous trio to BOP STOP. Trombonist Paul Ferguson and vocalist Shirley Cook will join the band as special guests! Tickets to attend this show in person are $15 each. The concert will also be streamed on BOP STOP's Facebook page at showtime. Accessing the stream is free but donations are encouraged and can be made at www.givebutter.com/Puin

Some of his works were commissioned for radio and television commercial advertising recordings, recordings by local recording artists as well as formal concert performances by various local ensembles. Mr. Puin has taught general and instrumental music for The Beachwood City Schools, The Maple Heights City Schools and most recently The Berea and Strongsville City Schools. During his tenure for the Maple Hts. City Schools, Mr. Puin implemented a very successful high school Jazz Studies program. It was there he wrote most of the arrangements for that ensemble. He has served as The Director of Percussion for The Strongsville High School Marching Band for the 2012, 2013 and 2014 seasons. In addition he has been a substitute percussionist for The Strongsville Community Band since 2002. Mr. Puin was private a drum instructor at Motter’s Music in Lyndhurst 1975-2018. He also leads his own ensemble, The Nick Puin Band, which performs in Cleveland and Akron metropolitan areas. Since 1987 Mr. Puin has been the Music Director of The Italian Band of Cleveland. A unique ensemble which performs at Italian church festivals, also in the Cleveland metropolitan area during the summer. Mr. Puin also serves on the Advisory Board to Artistic By Design. An organization devoted to promoting the arts by providing classes in music, art and dance.