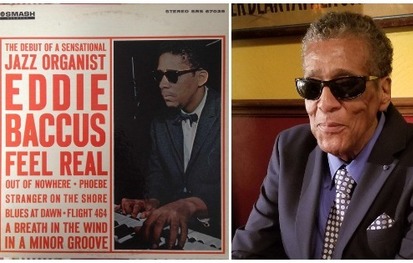 One of the senior statesman of the Cleveland Jazz Scene, organist Eddie Baccus Sr. has set the standard locally since the early 1960's. Like the late great Jimmy Smith, Baccus is a virtuoso on the Hammond B-3, equally adept at soul jazz and bebop. In many ways Eddie Baccus Sr. has been to the jazz scene what the late Robert Jr. Lockwood was to the local blues scene; he has been a leader, mentor, and the soul of the community for many years. This evening we have put together a show to celebrate Eddie which will feature numerous Northeast Ohio based musicians and special guests. Tickets to attend in person are $20 each. This event will also be livestreamed on BOP STOP's Facebook page at showtime. Accessing the stream is free but donations are appreciated and can be made at www.givebutter.com/EddieBaccus

Early on, Eddie Baccus' talent was evident as he was linked with another jazz legend, saxophonist Roland Kirk. Baccus and Kirk were schoolmates at the Ohio School of the Blind and their sessions together in the old Euclid and 105th area are the stuff of local legends. Kirk would go on to national acclaim before his untimely death in the late 70's. Baccus stayed close to home and it has been our good fortune.