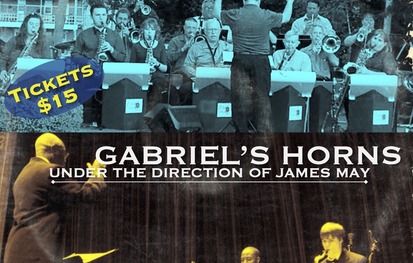 Two Northeast Ohio big bands share an evening at the BOP STOP for a Big Band Bash! Tickets to attend this show in person are $15 each. The concert will also be livestreamed on BOP STOP's Facebook page at showtime. Accessing the stream is free but donations are encouraged and can be made at www.givebutter.com/BigBandBash

Polar Vortex: Polar Vortex is an all-volunteer community Big Band. The band is open to community musicians of all ages able to play at least at a high school level and goal of the band is to build awareness and appreciation for jazz and improvisation by providing enjoyable, lifelong learning opportunities for community musicians and affordable, entertaining concert experiences for audiences of all ages. The band performs in a wide variety of styles, including swing, Latin, and funk. The majority of the repertoire comes from the Great American Songbook and is supplemented by other great jazz standards. The band is directed by Cleveland freelance artist and educator Mark Russo and has included guest artists such as Chris Burge, Scott Marsh, Mark Russo, Joe Hunter and many more.