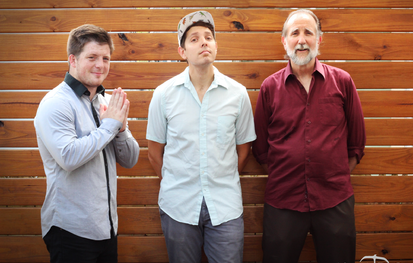 The members of Alba Trio have been busy writing new music and tonight they celebrate the release of their new record! Tickets to attend this concert are $15 each. This performance will also be livestreamed on the BOP STOP's Facebook page at showtime. Accessing the stream is free but donations are encouraged and appreciated and can be made at www.givebutter.com/AlbaTrioBand

Alba Trio is comprised of Tommy Lehman on trumpet (of the Acid Cats and Admirables), Tim Lekan on bass and Anthony Taddeo on drums and percussion (Hey Mavis and Helen Welch). A relatively new trio, the project was started by Anthony Taddeo in 2019 to explore one of his favorite trio formations. The compositions of the group deal greatly with the various nuances of each instrument all while pushing their role in the context of a jazz trio. Taking from the sounds of Miles Davis, Dave Douglas and Avishai Cohen, AlbaTrio is a trumpet trio that brings a diverse and eclectic sound to the jazz idiom.