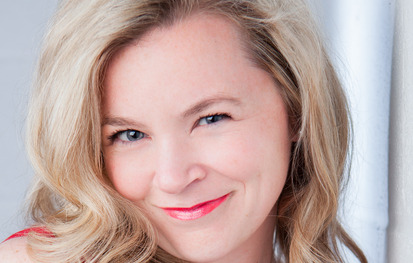 Claire Connelly makes her BOP STOP debut performing her new program entitled Split Personality. Tickets to attend this performance in person are $15 each. This concert will also be livestreamed on BOP STOP's Facebook page at showtime. Accessing the stream is free but donations are encouraged and can be made at www.givebutter.com/SplitPersonality. Ticket and donation proceeds benefit the Renee Jones Empowerment Center, an organization that helps rebuild the lives of those being trafficked or sexually assaulted.

Claire Connelly (soprano) is a highly sought after performer who has been repeatedly praised in the Cleveland Plain Dealer for having “dulcet tones,” singing with “bright assurance,” and being “a fine soprano with a vivacious presence.” Regionally, she has performed with Cleveland Opera Theater, Apollo’s Fire, the Cleveland Orchestra, and the Akron Symphony. In 2010 she made her first appearance at Severance Hall with famed composer-conductor Marvin Hamlisch. A professor of voice at John Carroll University, she enjoys sharing her love of music and voice with students of all ages. Originally from Oklahoma, Claire completed her Bachelor of Music from the University of Oklahoma and her Masters of Music in vocal performance from the Cleveland Institute of Music. She now resides in Cleveland with her husband, children, and dog.

The concert will explore the "split personality" of a performing artist and a mother. "Split Personality" will include the Cinq mélodies "de Venise" by Gabriel Fauré, Lieder by Schubert, and an assortment of musical theater and operetta songs exploring womanhood and motherhood. Claire will be accompanied on the piano by Adam Whiting and Ben Gmetro.