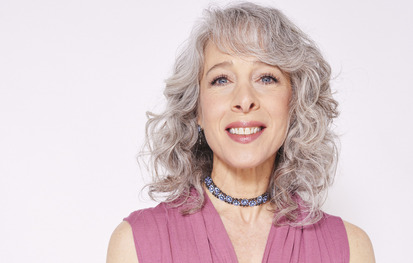 Vocalist Randie Shane make a highly anticipated return to BOP STOP to present her new program entitled Joni Mitchell: A Tribute in Frustrated Fimmaking. Randie formed a fantastic band featuring Dan Bruce on guitar, Dustin May on drums, Aidan Plank on bass, Howie Smith on sax, and Rock Wehrmann on piano to bring Aidan Plank's arrangements of Joni Mitchell tunes alive. Tickets to attend in person are $20. This event will also be livestreamed on BOP STOP's Facebook page at showtime. Accessing the stream is free but donations are encouraged and can be made at www.givebutter.com/RandieShane

Before leaving the theater profession to become a Marriage and Family Therapist, this Northwestern University Theater graduate has performed leading roles at regional theaters, been a featured artist on the Broadway tours of Showboat and Swing! The Musical, and even made an appearance with the great Cleveland Jazz Orchestra at the Stage Theater, in a duet with Ann Hampton Callaway. Randie’s voice is sweet, textured, versatile and evocative. She has a way with a lyric, and taps deeply into the emotional journey of a song. You may have caught her in previous performances Nighttown as well as here at BOP STOP.

Dan Bruce is a recent transplant to Ohio after spending a decade as an important member of Chicago’s jazz community. He is active throughout the Midwest and nationally as a performer, recording artist, composer and educator. He has performed on more than thirty-five albums as a sideman, and three albums as a leader. As a performer and recording artist, Bruce has had the opportunity to work with several eminent musicians including Seamus Blake, Ali Jackson, Dan Wall, Lynn Seaton, The Cleveland Jazz Orchestra, and Marquis Hill.

Howie Smith has worked with musicians, composers and ensembles as varied as Lester Bowie, Anthony Braxton, Dee Dee Bridgewater, Gary Burton, John Cage, Dizzy Gillespie, Mark Dresser, the Frank Mantooth Jazz Orchestra, Mike Nock, Elvis Presley, the Cleveland Orchestra, and the Tone Road Ramblers. His recorded performances are equally diverse and his catalogue of compositions includes works for conventional big bands and combos; for string, wind and percussion ensembles; for electronics; and for mixed media. He has been associated with Yamaha as an artist/clinician since 1971.

Rock Wehrmann is in much demand in the Midwest as an arranger, producer, soloist and accompanist. He has appeared as a featured soloist with the Cleveland Orchestra, and performed at the presentation of the Pulitzer Prizes. His background includes a degree in pipe organ from Kent State University, the position of Artist-in-Residence for Moog Music, and appearances on recordings by prominent jazz artists such as Pat Metheny, Chick Corea, and Herbie Hancock. His company, Sudden Realizations, produces music and sound design for films and broadcast. He is retired, having taught at Oberlin, Cleveland State University and the University of Akron.

Dustin May earned his Bachelor of Music in Jazz Studies from YSU and is currently both an adjunct percussion faculty member at Kent State, and a freelance musician in NE Ohio. He has been selected to perform the repertoire of Duke Ellington with the Ohio Youth Jazz Orchestra at the Parma Jazz festival in Italy, and can also be heard on the Youngstown Percussion Collective’s recording “Forms of Things Unknown”, and the Youngstown Jazz Collective’s recording “Absent Dreamers”. Nowadays you can hear Dustin locally with Pulse, SPHJO, Sphinx, the CJO, Teddy Panetlas Trio. Recent recordings include Sam Blakeslee Large Group Live and Blu Jazz, and Bobby Selvaggio’s Quantum Man.