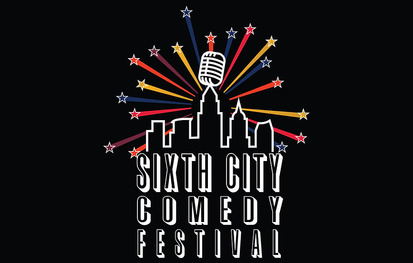 This may be the final night of #SCCF2022, but you'll still be able to enjoy plenty of laughs and catch any of these hilarious showcases:

Punchline: A Saturday Night Showcase: MARLA EYVETTE MASSIE is the executive producer of the Sixth City Comedy Festival. After spending almost a year living in the Pacific Northwest, she's decided to return home and host her favorite showcase; where she taps into her inner talk-show host and interviews some of the best established AND up-and-coming comics in the festival. Featuring: JAMES COBURN, JAY HUNTER, KAYLA EVANS, NOAH GOLDSTEIN, SAKU YANAGAWA, and TY CLAY. (9:00pm, $20)