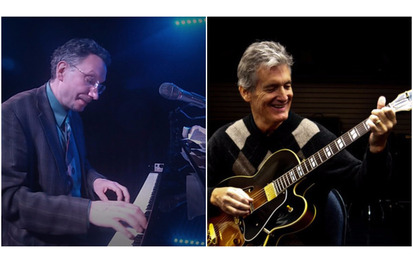 The dynamic duo of Pete Cavano and Joe Hunter return to BOP STOP. The intimacy of piano and guitar is seldom heard and brings an interchange of ideas and rhythms sometimes lost in larger ensembles. Style-wise Joe and Pete cover just about everything so you’ll hear some favorites and some new music that will be sure to captivate you. Tickets to attend this show in person are $20 each. This event will also be livestreamed on BOP STOP's Facebook page at showtime. Accessing the stream is free but donations are appreciated and can be made at www.givebutter.com/DynamicDuo