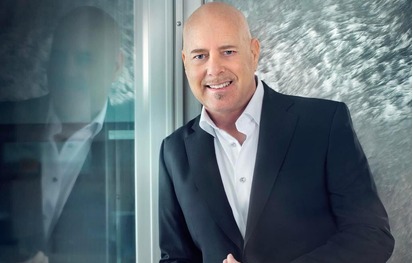 The 7:00pm show has SOLD OUT, but we have opened up a second show at 9:30pm. Tickets are now available for the late set.

Vocalist Abe LaMarca (along with his 8-piece band) makes a BOP STOP debut in a special holiday time concert. Tickets to attend in person are $30 each. This event will not be streamed.

Northern soul music has been the driving and motivating musical force behind this powerful vocalist since he was a teenager growing up in Cleveland Ohio in the late 60’s where he is highly respected and considered by many to be one of the best singers to come out of the Rock Capital.

Abe LaMarca is also a proud member of the highly respected stable of singers and musicians often referred to as the “Crown Jewel” of Las Vegas, Santa Fe and The Fat City Horns.

Being the youngest of five siblings, Abe grew up on a steady diet of sophisticated soul and jazz music well beyond his years. He was influenced by Dinah Washington, Jackie Wilson, Dave Brubeck and Little Richard to name a few. The height of his young career as a local singer was to land a huge gig with one of Cleveland's most memorable horn bands, Rastus. It was at this time he was schooled by these older and hipper cats, most of all, tenor sax player, Vic Walkuski. "Whenever you started to feel cool and cocky about how good you were, Vic would pull out some obscure soul record with these amazing singers to knock you back down to earth. Most notable was an album by The Blind Boys of Alabama.

“I decided then and there that if I was gonna be respected I would have to strive to that level of vocal passion and soul".

After leaving the band he spent time living in Los Angeles singing demos and working for great songwriters such as, Gerry Goffin and Michael Masser. In the 80's Scottie Bros/CBS Records released "LaMarca", a solo endeavor that found this soul lover singing some catchy pop songs, a few of which made it to the big screen, most notably, "Hold on Blue Eyes" from the movie "The Wraith" starring Charlie Sheen. He devoted the 90's to raising his kids in Cleveland and singing radio jingles and T.V. commercials. In 2005, Abe decided to make the move to Las Vegas where he worked at just about every hotel on and off The Strip with various bands and show projects.

Returning to his hometown roots in 2014 he released “Stand and Deliver” which received much praise at Smooth Jazz Radio. The 8 original song CD included “Rise and Shine” a popular duet with his longtime friend and co-writer, Anne Cochran. Without missing a beat, the pair immediately began working on Anne’s 10th and very successful CD, “Deeper” which has Abe LaMarca’s unmistakable, soulful stamp on it as producer and co-writer. The project garnered a Top 40 Adult Contemporary hit with “The Moment You Were Mine” and the bouncy duet “Who’s Gonna Baby You” which reached #18 on the Smooth Jazz Radio Format.

His latest single, the sultry “Back In My Natural Groove”, a collaboration with renowned bassist, Rochon Westmoreland reached the Top 100 on The SmoothJazz Network and is keeping this tested and true soul survivor on many playlists around the world.