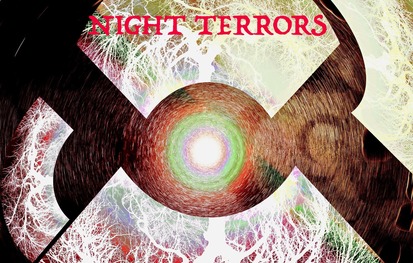 Night Terrors returns to the BOP STOP stop for a new, exploratory set of music! Tickets to attend this show in person are $10 for adults and $5 for students. Student tickets are only available at the door. This event will also be livestreamed on BOP STOP's Facebook page at showtime. Accessing the stream is free but donations are encouraged and directly support the band. To donate, select "Donation: Livestream Attendee" as your Ticket Option above and follow the steps below:

Night Terrors is an experimental collaboration between electric guitarist Tim Mirth and percussionist Paul Stranahan in which they create a template of soundscapes and movements. Their music morphs in and out of free form improvisations and intricate compositions by both members. They draw on their many influences from avant-garde to jazz to metal. Tim's effects on the guitar combined with Paul's various gongs, singing bowls, and drum set allow for numerous palettes and textures.