Mostly Other People Do The Killing @ BOP STOP 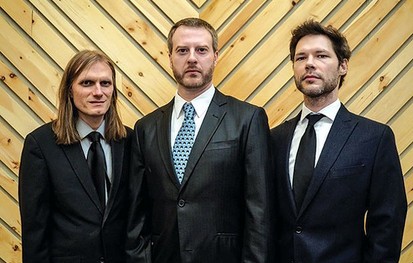 Mostly Other People Do the Killing celebrated the release of their 9th studio album, Loafer’s Hollow on Hot Cup Records, the previous time they played at BOP STOP. That album features eight compositions by Elliott including a suite based on the work of several of his favorite authors. The music is fun, swinging, energetic, and engaging.

For this show, the band will be premiering new material! The band has been performing in various configurations since 2003, and will be touring as a trio featuring Ron Stabinsky on piano, composer/bandleader Moppa Elliott on bass, and Kevin Shea on drums.

Mostly Other People Do the Killing has won multiple polls over the years including El Intruso’s “Best Band to See Live” twice. In 2009, Mostly Other People Do the Killing was voted the winner of the 57th Annual Downbeat Critics' Poll in the Rising Star Ensemble category. In October 2014, they released Blue, a note-for-note reproduction of the Miles Davis album Kind of Blue.