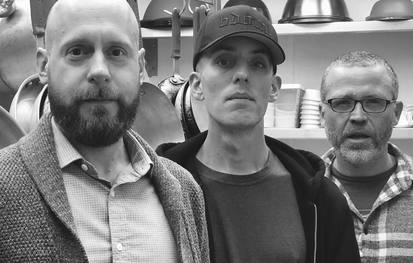 The band formed in 2017 after having performed several improvised shows in and around Cleveland. Individually, the members of Togishi have performed with artists such as Bill Laswell, Matisyahu, Dub Trio, Dosh, Joe Maneri, Beans and Mike Patton. The trio’s music is an eclectic mix of avant-garde jazz, experimental rock, contemporary classical and electronic noise. Their distinctive sound, and creative approach, is both visceral and contemplative.

This evening, Togishi celebrates the release of it's self-titled cassette and digital release coming out on Auasca Records in February 2019.