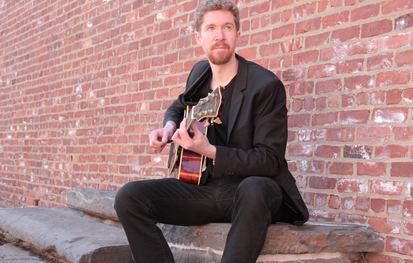 New York City based guitarist and composer Andrew Hartman is “blazing his own trail without debt to the masters of the past rearing itʼs head,” writes Chris Spector (Midwest Record).

A native of Cincinnati, OH, Hartman began his musical career in Columbus, OH, then moving to London, UK before settling in New York.

The influence of these travels can be heard on Hartmanʼs most recent album Compass, which features his original music performed with a stellar lineup of musicians, including Chris Cheek, Ike Sturm, and Zach Harmon. The BOP STOP performance features:

“The leader has a spacious and cool quality to his approach... with Hartman’s legato lines weaving through the minefield.” - George Harris (Jazz Weekly)