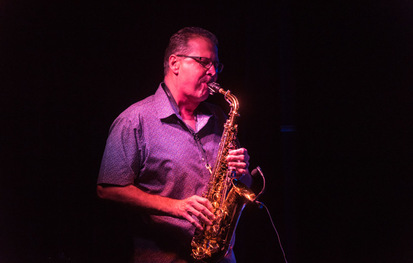 Esto Jazz performs a variety of contemporary jazz, standards and original compositions. The goal of the group is to play music that is recognizable but is pliable enough to be stretched in various ways.

Anthony Watson Sr., Drums, originally from Texarkana, Texas, attended Central State University and has played drums professionally for 45 years. He has performed and toured with national artists as well as a variety of top bands from NE Ohio.