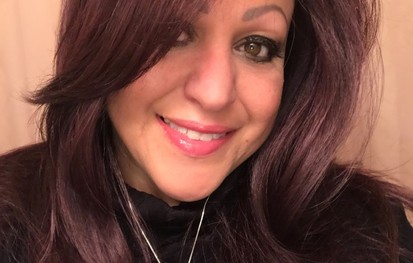 Maria Jacobs brings her trio to BOP STOP for a livestreamed performance in front of a socially distanced audience! Maria recently celebrated the successful release of her original Christmas single entitled Emmanuel which charted nationally on the smooth jazz holiday charts.

We have a very limited number of tables available to watch the show live at BOP STOP. Each seating area seats up to four guests and can be purchased for a flat rate of $60. Act now before they are gone! Doors open 30 minutes prior to showtime. BOP STOP kitchen will have a very limited menu available but you can bring your own food. The club's full bar will be open. Masks are required upon entry.

In addition, this concert will be livestreamed! To watch the stream visit the BOP STOP's Facebook page at showtime. The stream is free but donations are MUCH appreciated to support the band and venue and can be made here: https://givebutter.com/MJTrio

You can also find Maria on the International Movie Data Base (IMDb) as a composer of the theme song for the award-winning film and television show So This is Love, and as an actress in the independent filmResearch: The Musical.