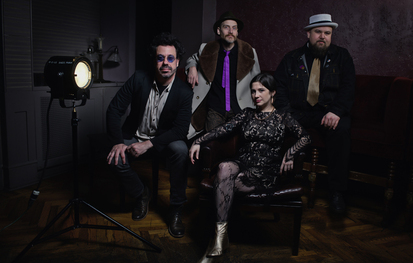 The Claudettes return to BOP STOP from the Windy City!

GREG KOT, CHICAGO TRIBUNE A revelatory blend of jazz and blues, stirred with punk brio. There are also dashes of classical and world music, and enough stops, starts and hairpin turns to suggest the giddiness of Raymond Scott's cartoon music...How do they do it?